At Mansfield Green E-ACT Primary Academy, the Religious Education Curriculum aims to promote the spiritual, moral, cultural, mental and physical development of its pupils. Furthermore, it aims to prepare pupils for the opportunities of adult life and to become responsible members of society.  It is necessarily selective as it is intended that children will be prepared to live, flourish and work in a multi-cultural society and that from a local perspective, Birmingham will become an enriched and more harmonious community.  These two significant aims are acquired by working towards two attainment targets within the curriculum; learning from faith and learning about religious traditions.

We aim to deliver a curriculum that is accessible to all as we are a multicultural primary academy and we celebrate the backgrounds of all pupils.  Religious Education promotes respect and open-mindedness towards others and encourages pupils to develop their sense of identity and belonging through reflection and self-awareness. Therefore, at Mansfield Green E-ACT Primary Academy, there are opportunities for pupils to learn from religions and world views in local, national and global contexts.  Pupils will discover, explore and consider big questions about the world in which they live in. Furthermore, pupils will be equipped with systematic knowledge and understanding of a range of religions and world views thus supporting them to develop and build on their own ideas, values and identities.

Throughout a pupil’s learning journey at Mansfield Green E-ACT Primary Academy, we aim for pupils to build upon their ‘faith knowledge,’ starting from the Early Years Foundation Stage through to Key Stage 2.  Pupils begin to develop knowledge around identity and belonging which promotes social cohesion as well as reinforcing the acceptance of wider cultural and religious beliefs.  These skills are used as a platform to then develop a deeper enquiry into already known and new religions, along with world views in Key Stage 2.  Pupils consider the impact of beliefs and practices in greater detail and respond to more open-ended questions.  These sequences of learning help develop learning retention and enables knowledge of Religious Education to be embedded in their long-term memory.

Pupils are taught through dispositions, (prevailing qualities of character) using and expanding resources found within Christianity and the traditions of other religions.  The selection of religious traditions taught at Mansfield Green are chosen because they consider two significant factors:

The family background of all the children in the classroom.

The historic and cultural roots of Birmingham and Britain in the traditions of Christianity.

The placement of dispositions across the Key Stages have been carefully arranged and referenced closely in line with the Birmingham Agreed Syllabus.

Pupils at this stage begin to reflectively consider matters that are of real and immediate concern to them and others and discuss those personal concerns. The initial unit for Year 1 pupils is Cultivating Inclusion: Identity and Belonging. Here, practitioners raise awareness of the concept of belonging from pupil’s own perspective. This challenges pupils to explore concepts from within while engaging with others around them, building upon their feelings of identity and belonging. They begin to learn about ‘pupil voice,’ feelings and expressions of others. Pupils are attentive to what is precious to them and to others in their home and school environment.

Building on that knowledge and moving into Year 2, children begin to learn how to evaluate. Pupils learn to ask questions and listen to emotions and feelings expressed by others, emphasising and thinking about whether they agree or disagree thus developing their own views. Furthermore, children begin to recognise why people may differ and will work together to find ways of settling differences in a sensitive and conscientious way. In the unit Being Reflective and Self-Critical, pupils are challenged to become reflective and evaluate the decisions they make while exploring the behaviours and actions of key religious figures. Practitioners help pupils become aware of what they have learned in the process, pushing them to analyse their interests, emotions and what they can do to build on or extend their experiences.

Pupils will begin to engage with views about God, society and the world around them. The curriculum gives pupils a strong introduction to the meaning of the Christmas and Easter celebrations in line with the Christian calendar as well as other religious traditions from which the pupils come, particularly in Year 1.  Children will also become familiar with a range of key stories such as Jesus at the Temple (Luke 2:41) and The Story of Solomon (Qur’an 27: 1519).  Furthermore, pupils in Key Stage 1 have the opportunity to demonstrate their understanding of Christmas to peers and also to wider members of the community through assemblies such as the Nativity.  Religious cultural expressions demonstrated through the arts (music, dance and drama) further portray the sense of being made welcome and belonging.

At Mansfield Green E-ACT Primary Academy we have chosen these dispositions as we consider there to be clear links to other subject disciplines. For example, beginning to evaluate a piece of religious text challenges pupils to use inference which is commonly taught in reading comprehension.

Pupils at this stage begin to evaluate and start forming judgements by building on previous learning, listening carefully to others and thinking about whether they agree or disagree. They further explore and understand their dependence and reliance on various social institutions such as family, community groups and organisation with a sense of importance placed on contributing to them. The dispositions that are taught throughout KS1 continue to be taught throughout KS2 with an emphasis on developing a greater, deeper understanding. While the transition from EYFS to KS1 places a focus on exploring belonging from pupil’s own perspective, in KS2, pupils focus on units such as Being Curious and Valuing Knowledge as well as ending their academic journey with Being Reflective and Self-Critical.

At Mansfield Green E-ACT Primary Academy, we believe these dispositions appropriately equip and strengthen our pupils with the relevant skills to prepare them for the journey they will embark upon, to secondary school and beyond.  Through these dispositions, pupils explore notions of growing, acceptance and balanced life through a religious lense learning from different faiths.  Pupils are challenged to become reflective, critical and curious through drawing upon their imagination to look beyond appearances, care and respect the environment and begin to appreciate the role of key social institutions. Furthermore, there is a significant link to our PSHE curriculum in the Summer Term, ‘Changing Me’ which further delves into a pupil’s curiosity and their spiritual, moral, cultural, mental and physical development.

Pupils further develop and build upon their learning over time through becoming acquainted with some of the important religious narratives, various religious practices and beliefs. The curriculum provides pupils with a strong sense of value, exploring concepts such as truth, right and wrong and scaffolding pupils to form their own opinions about the world in which they live in.

KS2 pupils are encouraged to appreciate the roots and scope of religious life through sacred texts building upon their retrieval, inference, explanation and summarisation/ sequencing skills which are a key component to the English and Teaching of Reading subjects at Mansfield Green.  In addition, pupils develop an understanding of the interrelationship between religion and science in the quest for truth. Religious Education promotes the teaching of thinking skills, British Values and links to PSHE.  Our pupils are provided with opportunities to ask questions, seek answers and discover more of their own identities while becoming accepting of other religions, beliefs and traditions, preparing them to become harmonious members of our community in Birmingham.

The Religious Education curriculum uses an approach in which teachers, pupils and school communities are; working in partnership with parents, faith communities and the wider society; being responsive to the values, freedoms and creative needs of people living in Birmingham and elsewhere; cultivating social cohesion and solidarity, and creating social capital in the city. Through visiting places of worship and celebrating festivals we are able to provide our pupils with a rich multicultural learning experience which places them into the various faiths and traditions they learn about during each Key Stage.

At Mansfield Green E-ACT Primary Academy, our teaching and learning practices in RE enable pupils to build on their own experiences, extend their knowledge and understanding of religion and traditions.  We aim to promote the spiritual, moral, cultural, mental and physical development of pupils and prepare pupils for the opportunities of adult life. Religious Education promotes a life-long love for learning through a cross curricular approach with links to PSHE as well as other subjects across the wider curriculum. We pride our self for achieving a Silver Award for being a Unicef Rights Respecting School.  We believe Religious Education contributes to our achievement, by promoting a positive attitude towards other people, respect for religious beliefs and traditions, while enlightening pupils on how to become responsible members of society.

With such firm foundations, combined with a positive attitude and respect, our pupils will go on to be successful individuals.

Our approach to learning 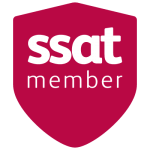 Recently hit a great milestone here at TWK, donating a total of £25,000 to the amazing @MarysMeals! To read more about our charity partnership with Mary's Meals, read our blog post here: https://t.co/gAdHfFQeq0 https://t.co/TIMNssjtw7